Dopak Sp. z o.o. » The effect of a gramophone record as a defect of the moldings

The surface defects of the moldings include the effect of a gramophone record. In this case, concentric or parallel grooves are formed on the surface of the molded part. They are mainly the result of a too fast cooling rate of the melt stream front resulting from too low mass temperature, too low injection speed or too low temperature of the mold walls. In order to eliminate this disadvantage, it is necessary to prevent excessive cooling of the stream front and to modify the appropriate injection parameters and to avoid small cross-sections of the flowing stream .

On the surface of the molded part, as a result of too rapid cooling of the melt stream front caused by too low injection speed, concentric or parallel
grooves. They resemble grooves on a gramophone record and hence the name of this defect in moldings. 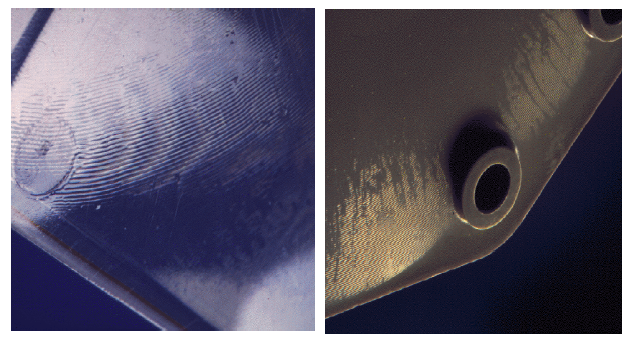 How is the effect of a gramophone record created?

Under the pressure pressure, the jet front flows back to the wall of the tool. The strongly cooled edge areas of the material stream front do not come into contact with the walls of the tool over the entire surface. Instead of mapping the surface of the mold on the surface of the moldings, there are grooves that appeared in the flowing face of the alloy. The effect of a gramophone record is also favored by the periodic stopping of the melt flowing through undercuts, etc.

In order to eliminate this surface defect of moldings, the presented step-by-step diagram should be analyzed. 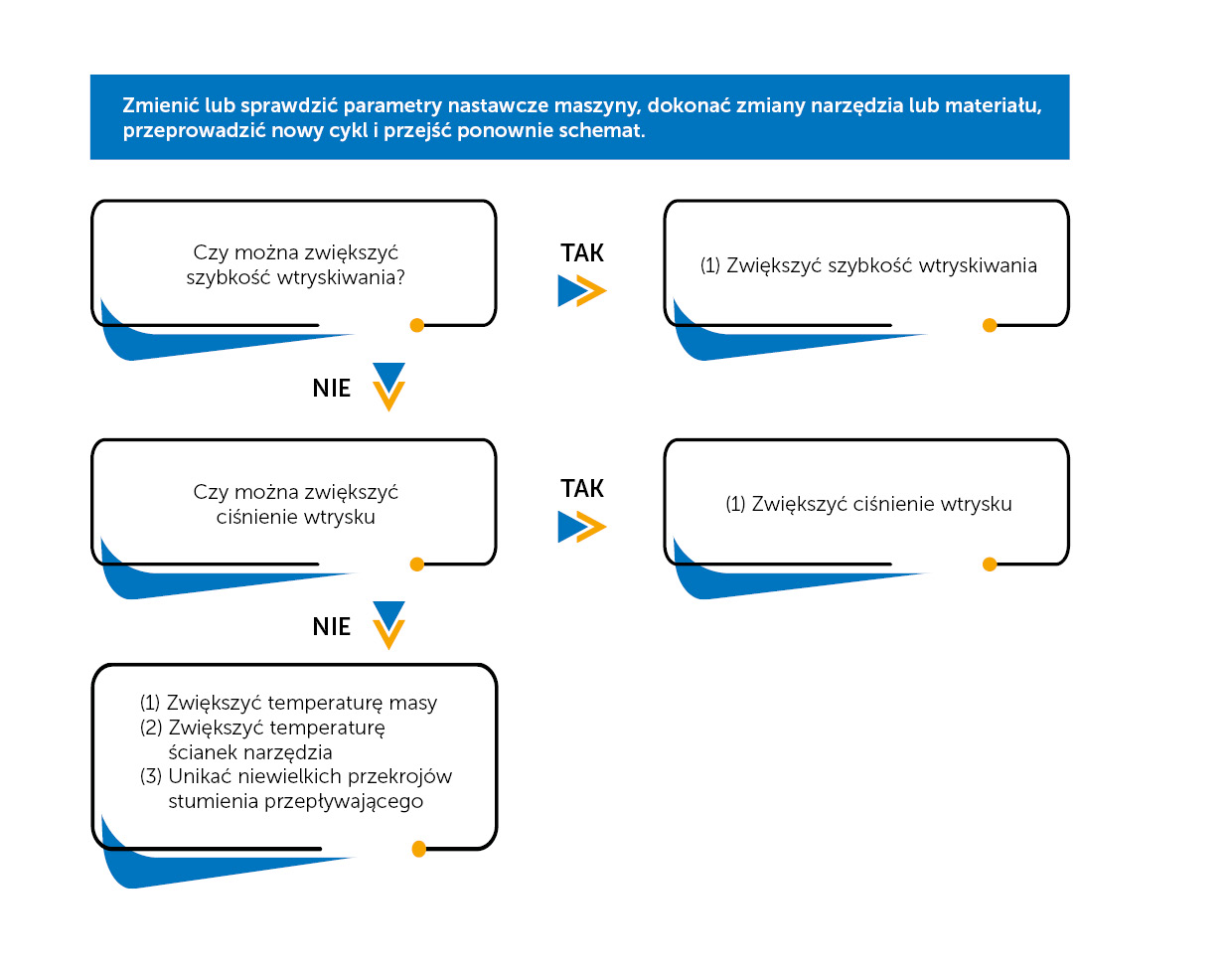 The article was prepared on the basis of materials from the Dopak Research and Development Center and the KraussMaffei company.

You will learn more about the gramophone record effect and other disadvantages of the moldings during our trainings. You’re welcome.

Read also other articles about the disadvantages of moldings:

Where do ruptures come from and how to eliminate them?

How do miseries arise and how to eliminate them?

When do streaks appear and how to remove them?

Why do splashes arise and how can they be removed?

Dips as defects of moldings and methods of their removal